My father was really interested in computers when I was a child. He bought one of the first personal computers in the early 80s. The computer was called the “Commodore 64”. It was called that name because the computer had 64 kilobytes of memory. That may seem like it had a very tiny memory now, but at the time is was very impressive.

The graphics were also very primitive compared to modern graphics. The computer had only 16 colors and it could only show seven ‘sprites’. A sprite is a thing that can move on the screen. It could also have a background that did not move.

Despite being a very primitive computer there were some good games available for it. My favorite was “Ace of Aces”. This game was a flight simulator. It was set during World War II. The player flew a bomber. They fought other planes and dropped bombs on German trains and boats.

I think the people who made the game were very skilled programmers. Even though the game had simple graphics and a small number of sprites, they created a game with a lot of detail and complex gameplay. In the game the player had to use a map to go to a location, fight other planes, and drop bombs.

primitive (n) – very basic or old-fashioned
simulator (n) – a game that copies a real world activity, such a driving or flying
bomber (n) – an aircraft that drops bombs
gameplay (n) – the features of a video 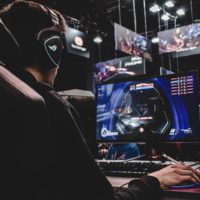 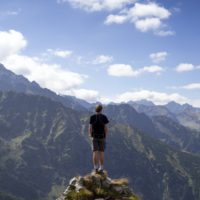 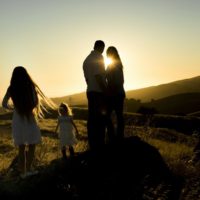 Because of my looks, or maybe because of how I often label myself as a “lone wolf,” a common misconception peo […]