We’ve had video games for quite a few decades, and they have evolved in various ways during this time. The graphics have gotten more detailed. The mechanics have become more refined. The stories have become more complicated. Along with these changes, we’ve seen a huge transformation in gaming culture.

There are whole communities around single games. Some of these games are competitive, like fighting games or strategy games. When these communities become big enough and if the game has the right gameplay, the game can become not just something to play but a viewing spectacle. If it’s fun to watch, the game can gather large audiences of people who will watch skilled players compete against each other.

These skilled players who are among the best in the world at their specific game, can become popular within the game’s community, and can actually go pro and earn money by playing the game. They can earn money in multiple ways, one of which is by entering competitions for the game they play, and trying to win and earn the competition’s prize money. The prize money can actually be quite a lot, and well worth training a lot on their game for.

So, we have certain games that have professional players who compete against each other in competitions for large audiences. Sound familiar? It’s exactly like sports; football, basketball, tennis, etc.

Because of the similarity of these so-called ‘e-sports’ and traditional athletic sports, I imagine there’s a case for e-sports to be considered ‘sports’ the same way athletic sports are. Perhaps some people think that they should all be lumped into the same category.

Personally, I don’t think that should be the case. The nature of athletic sports is that people compete against each other in a demanding physical activity. To me there’s a clear difference between the two categories, and so we should consider them separate things. The digital aspect of video games isn’t the same thing at all as using one’s body in the real world.

I love video games, myself. I don’t even remember when I started playing them; it was that long ago. I still play them to this day. But I have to say that people in the ‘games community’ sometimes want video games to be considered more than they actually are. Because for many people it’s not just a hobby, but practically a way of life.
It’s okay for video games to be just that: video games. When there’s a clear difference between e-sports and athletic sports, I don’t see why they should be grouped together. Driving in a video game should not be put into the same box as driving in real life. Fighting in a video game should not be considered similar to boxing or other combat sports.

I think that having a unique category of activity/entertainment called ‘e-sports’ should be just fine. I understand that some people might want this kind of ‘real world’ validation for their favourite activity, but they should let it grow into its own thing. Let it become popular on its own, in its own category. E-sports don’t have to be put in the same category as athletic sports in order to be successful, popular, or most importantly enjoyable.

I think that there’s also a certain amount of respect that should be payed to athletic sports and those who compete in them. In athletic sports people go through tremendous physical trials and growth. When they play or compete in their chosen sport, there’s often a significant amount of physical risk involved with that. Basketball players can be fouled and get injured. Gymnasts can fall and break bones. To me, this aspect of using one’s physical body to compete at a high level whilst putting that same body at risk is something that makes it very different from e-sports. Granted, not all sports require as much physical risk, but even with those the nature of the physical training and activity is certainly different from e-sports.

And the category of e-sports should get the respect it deserves by its own merit. Gold and diamonds aren’t the same, but they’re both valuable in their own way, and we can appreciate them both as they are. Why can’t we do the same with e-sports and athletic sports?

viewing spectacle (compound noun) – something that people watch for enjoyment
go pro (phrasal verb) – to become professional at something
prize money (compound noun) – money gained from winning a competition
lumped into the same category (idiom) – to be considered the same type of thing
tremendous (adjective) – very great in amount, scale, or intensity 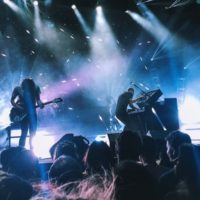 Artists I Won’t Get To See

Growing up on a steady diet of older people’s favorite bands and artists does present a small problem – sadly, […] 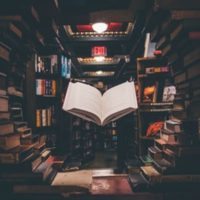 Honestly, this is a hard question to answer and it’s been discussed many times by many people. Personally, I l […] 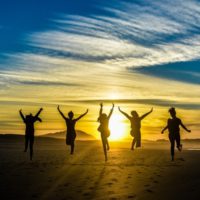 Who should be responsible for academic achievement? 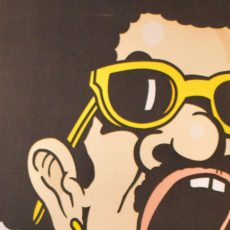